After a quiet year for new bar arrivals in 2020, this year has brought us a bunch of exciting new spirits. And we’re excited to see so many awesome openings outside of the CBD, with Adelaide’s small bar scene finally making a play for the suburbs. Here we raise a glass – sitting of course – to the top 10 bars that have caught our attention this year (in alphabetical order).

There is a long-awaited brasserie, a multi-use district and a charming ‘wine bar skin pub’. Some of these entrees look to restaurant territory, with equal attention to food, but the blurry lines prove that Adelaide’s consumer scene is really raising the bar. We will drink to that.

Missed our roundup of Adelaide’s best restaurant and cafe openings in 2021? Find them here and here.

When Alex Marschall, Joshua Talbot, Matthew Orman, and Oliver Brown decided to open a brewery in 2015, they lacked the capital to buy the brewing equipment. So they opened the Nola Craft Beer Bar instead. But all the while, their original concept was still figuring out in the background. Bowden Brewing finally opened in July at Plant 3, bringing in brewer Jake Phoenix. The 14-tap bar offers a range of beer styles, including its four main ones: an easy-drinking tap, a fruit-based session beer, a great bitter West Coast IPA, and a seasonal fruit sour. Drinks are accompanied by a menu of ‘non-traditional’ Mexican street food: think tacos and tostadas – homemade corn tortillas topped with black pudding and pickled red onions, for example, or the flat head. Port Lincoln with Green Salsa – plus Nomad Farms BBQ Chicken, Grilled Ngeringa Cauliflower, Fried School Shrimp with Popcorn and Garlic Mayo, and Grilled Corn with Black Garlic Butter.

After several years of activity as itinerant sellers, Adelaide Wine Markets duo Dale Wostikow and Josh Voigt and Tim Attiwill of the Caroclub, Kyle McLean and Kain Slotegraaf have joined forces to open a bottle shop, wine bar and a restaurant at Factory 3. While Voigt and Wostikow focus on drinks (a large list that avoids any dogma), they’ve hired Caro Club to run the kitchen. The popular food truck was founded in 2017 by Attiwill and McLean and their longtime friend (and chef) Slotegraaf, who spent time in Shobosho, Bread & Bone and Orana, as well as a stint with Noma in Denmark and in Mexico. The tight menu features American-style burgers, including fiery fried chicken, cheeseburgers, and a fried shimeji mushroom with a spicy Memphis barbecue sauce. If you drink, expect classics alongside alternative and emerging wine styles, as well as a handful of craft beers, ciders, and local spirits. You can also pick up a bottle from the bottle store for a small corkage fee.

Themis Chrissidis might have called Eleven “the little bar with big dreams” when it opened at the end of 2020, but Eleven is no small bar. The open-air venue, which is located in a courtyard surrounded by office buildings just off Waymouth Street, is licensed for 200 people. Chryssidis and co-owner (and ex-Masterchef competitor) Callum Hann, who also jointly run the Sprout Cooking School, made full use of this space to create a versatile venue that caters to the morning coffee crowd, as well as to provide lunch, high bar snacks and drinks before or after dinner. It serves as a companion to the couple’s gourmet restaurant of the same name, which opened in August. The bar menu is tight but powerful – think slow cooked lamb shoulder pie, shrimp and lobster rolls, and Ortiz anchovies on toast.

This versatile neighborhood opened a few days before our best of 2020, so we think it deserves another look. It has also evolved a bit since then (not to mention the fact that it just won the People’s Choice at the 2021 Wineslinger Awards). After starting with a simple snack bar menu offered by owners Wilson Shawyer and Jason Barber, the food improved with appointments from Chef Jack Tonkin (now at Brae) and, later, Justin Healy (Dunfor Noodle Bar). Today, Chef Savannah Sexton (formerly at Brisbane’s Alba Bar & Deli) heads the kitchen and offers a menu of fun snacks – a fritz and chips sandwich with guindilla gribiche, for example, or wings of chicken stuffed with chorizo â€‹â€‹- with an emphasis on ethical, sustainable products. The wine list is extensive and evolving, so you’re sure to find something that hits the right note.

The nightlife of The Parade has finally made its way further east with this cozy neighborhood wine bar created by a team of hospitality professionals including Sam Worrall-Thompson (Fine and Fettle, Community), Toby Porter ( ex-d’Arenberg) and Tony Bales (ex-Salon de la lune rose). The former Saha site was remodeled by interior designer Georgie Shepherd, who transformed the bright interior into a stylish evening destination with dark blue woods, terrazzo benches, mustard bar stools, and brown tiles. And it has proven itself with the locals, who fill the bar night after night. The impressive menu of dishes goes beyond the usual bar snacks to take the form of cacio e pepe with pecorino and truffle; excellent Wagyu katsu sandos; barramundi soldiers and Goolwa peeing wood-grilled with XO butter. The wine list favors affordable local produce from producers such as Murdoch Hill, SC Pannell, Aphelion, and Porter’s Mazi Wines.

After four years peddling nuggets from a pop-up shipping container and garnering massive following in the process, Chet O’Brien-Tilbrook has found permanent digs on Hindley Street. The result is a 50-seat bar-restaurant on the ground floor between Rocket Rooftop and Electric Circus. The faded VHS covers that once filled the fake window of a video store have been replaced with cans of beer, bottles of San Pellegrino and cartons of milk to mimic a convenience store. The nuggets are coated with culinary toppings such as honey sriracha, satay, mi goreng, laksa with coconut and panko breadcrumbs, and buttermilk with parmesan. They are also available as a sandwich or as a vegan alternative made with crispy cauliflower. On the beverage side, there’s Youngblood beer on tap and in a can, and one reserved for a rotation of Australian brewers. Victoria’s Konpira Maru forms the base wine lineup alongside a small selection of cocktails, including fortified sodas and a range of non-alcoholics.

When Kate Toone and Rachel Hosking talk about inclusiveness, it’s not lip service. The pair behind queer bar and nightclub My Lover Cindi are ready to welcome all members of the LGBTQIA + community (and its allies) safely to their place. In order to make the site – the old German club – more accessible, they moved the entrance (originally down a staircase from Flinders Street) to the side of the building from a narrow alleyway and into slope. They also moved bathroom doors to make them more accessible to people with mobility aids, and ditched smoke machines and strobe lighting to accommodate people with respiratory problems and epilepsy. Accessibility isn’t just a design issue, either. He also guided the menu, which includes a number of non-alcoholic options, such as the beers of the Sobah drinks owned by the natives. Cocktails include Pina Coladas, Mojitos, Negronis, and a Banana Split – all available with or without alcohol.

Simon Schumann describes his charming bar on Hutt Street as a ‘wine bar skin pub’. He, his sister Brette Schumann and his friend and bartender Jack Wilkes (ex-Orana), quietly opened the place late last year at a former Good Life Pizza site. (In an earlier life, the space was Cheong Liew’s pioneer restaurant, Neddy’s.) The trio adopted the quaint, quirky charm of the building, retaining the original stained-glass entrance doors and wood floors. Store finds and second-hand furniture – scalloped velvet armchairs, wooden tables, and vintage lamps – fill the rest of the space. A rotating cocktail list can feature classics such as an Old Fashioned single malt; whiskey and bourbon sour; or a Negroni garnished with a eucalyptus leaf. Beer and wine lists also change regularly, spotlighting lo-fi producers such as Charlotte Dalton, Brave New Wine and Gentle Folk, and draft beers from Little Bang. The rear of the bar opens onto a sunny courtyard, with stairs (and a vineyard) leading up to a rooftop beer garden.

Norton Summit’s long-running Scenic Hotel was quietly reinvented by a group of hospo professionals (including Son of Dot’s Jay Marinis and Golden Boy’s Enoch Yates) late last year. While they preferred to keep the news a secret at the time, the news spread like wildfire. No wonder, with a perfect recipe for gorgeous views, gracious staff, lo-fi wines and some of the best (and most thoughtful) pub food in and around town – we’re talking roo schnitzels. , Ortiz Anchovy Soldiers with green sauce, and a playful steak tartare served in a packet of Smith chips. Add to that a downright enchanting backdrop of string lights and crackling fireplaces and it’s the ultimate vantage point to watch the sun sink below the horizon, when the city lights start to twinkle. Another reason to visit: This group can throw a party, whether it’s a passata-making day, a ute-boot wine show, or an organic and biodynamic food festival.

Next Wegmans' ridiculous meat is priced at $ 247 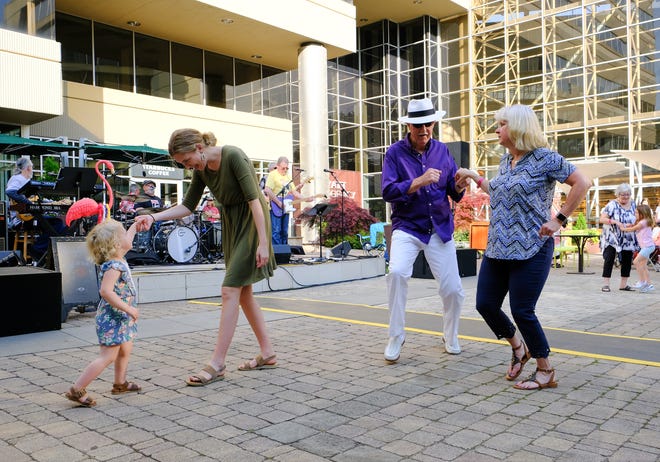 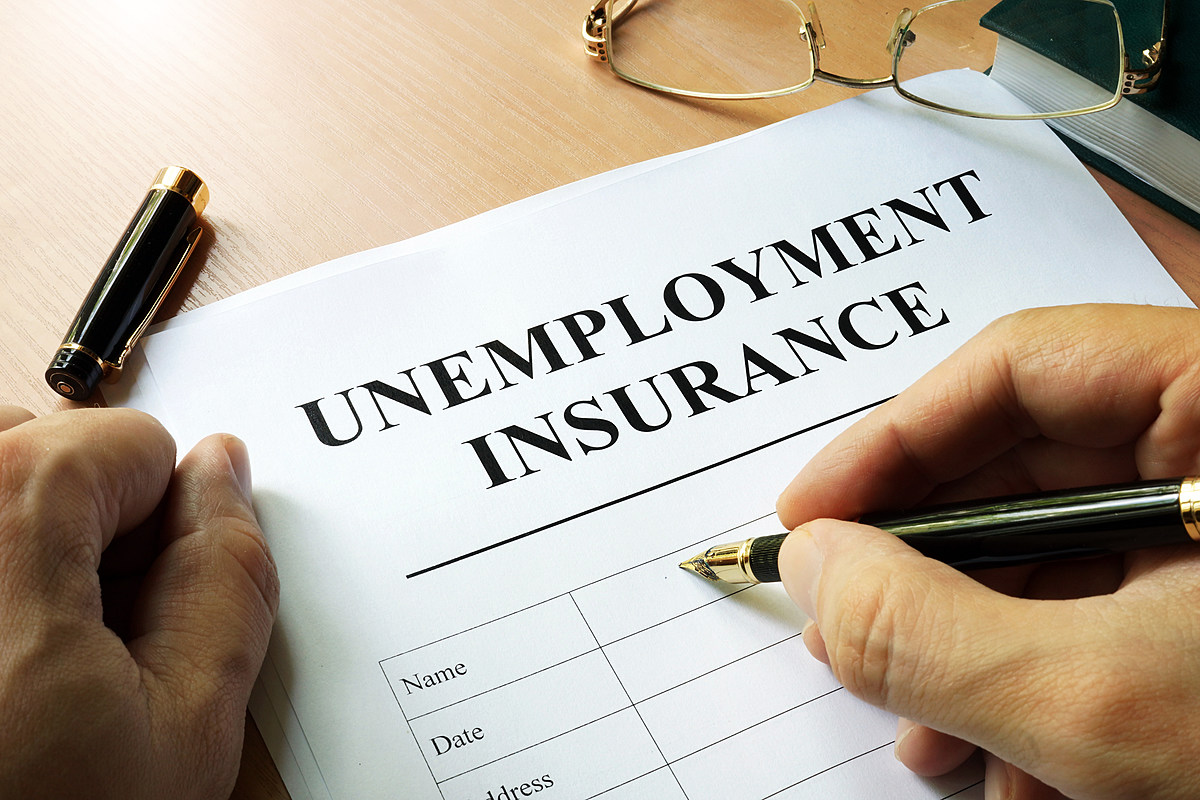